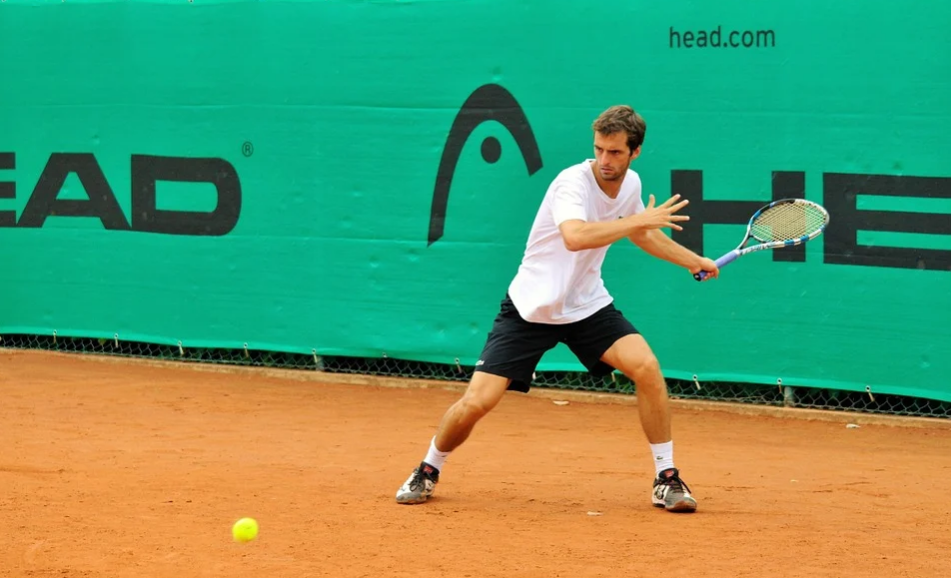 How do you master the kick serve if you’re a left-handed tennis player?

Even if you’re not left-handed, it’s amazing the level of drop shot you can hit if you master this serve.

According to an article by Maurati, lefties are revered in the world of tennis because of the difficulty players experience when faced with them on court.

Consider the kick serve for instance: the common right handed kick serve will cause the ball to bounce up and twist away from opponents in one direction.

This twist is what puts players off balance, the efficiency of the kick serve depends on the twist.

A good kick serve will keep your opponent from returning the ball with offensive shots.

A good kick serve shot by a lefty is even more effective.

This is because the ball twists in a direction contrary to what players are used to, this is why playing with lefties is very difficult.

The best tennis players are unpredictable, they are masters of multiple spins, and this helps to keep their opponents on their toes.

A good kick serve is one of the most important serves in tennis. Adding an effective kick serve to your mix will be an added advantage.

If you can master the kick serve, you will become free to take more risks with your first serve which will make the serve even more dangerous.

Despite the many advantages of the kick serve to lefties, it is a difficult shot to learn.

It requires dedication and access to accurate tutorials and videos.

Once you are able to master this shot as a left handed player, you will become a lethal force in the tennis world.

This article will discuss a step by step guide on how to hit a left handed kick serve.

Step #1: Tossing the Ball to the Right Hand Side of Your Head

In a flat serve, the goal is to hit the ball when it is exactly at its peak in front of your head.

However, as a lefty trying to make a kick serve, you will want to hit the ball while it is still in motion at the right hand side of your head.

As a left handed player, you want to toss the ball to your right hand side and behind your body.

When your racket comes in contact with the ball, the ball will spin from the right to the left side of the court.

When the ball hits the other side of the court, it will swerve in a different direction.

According to Nellie, a general rule of the kick serve for lefties is to drive the racket from 4 o’ clock and make contact with the ball at 10 o’ clock.

However, with a lot of practice, you can decide which toss pattern works best for you.

For best results during practice as a left-handed tennis player, get a coach to observe your stance and body motion.

Some coaches do not favor the act of tossing the ball to the left or the right before a kick serve is made.

They believe that this movement will tell the opponent where the ball is going.

These coaches propose that the toss for the kick serve should be directly over your head (same as the flat serve).

This will prevent your opponent from knowing if you will play a kick serve or a flat serve. However, the damage of a kick serve is delivered by the bounce.

The fact that your opponent knows you are making a kick serve does not mean he will be able to easily return the ball.

The bounce is key. Remember to toss the ball to your right and drive the racket from 4 o’ clock to 10 o’ clock, assume your head is 12 o’ clock.

Step #2: Bend your knees, push your hips forward, and prepare to make your shot

There are a couple of injuries to consider as a left handed tennis player.

The radiology of Indiana blog affirmed that playing tennis could result in back pain. This step will help you develop the right technique to prevent back pain.

If you observe most tennis players when they attempt making a kick serve, you will notice that they form an arc before making the serve.

Forming an arc with your back before making a shot affects both your back and the intensity of the shot.

The effect on the shot will be observed immediately unlike the back pain you will incur.

The right technique used to play the left handed kick serve involves the bending of the knees (not your back), and the movement of the pelvis forward.

This stance will keep your weight evenly distributed.

It will also exert the required force on the ball. By balancing your weight between your legs, rather than your back, you will be able to exert more control and power on the shot.

It’s important that the ball follows through the expected path.

You should push the left shoulder down towards the ground, and stretch the right arm upwards.

This movement will prepare the body to make a thrust upward as you swing the racket.

If you fail to properly tilt your shoulders while simultaneously pushing your right hip forward, you will be unable to provide enough spin and arc for the ball.

Remember to bend with your knees and not your back when tilting your shoulders.

Step #4: Brush up the back of the ball with as much racket-head speed as a first serve

With the kick serve, you have to simply brush the upper part of the ball with as much force as you can deliver.

This is difficult for beginners because they believe that by brushing the ball, it will not go over the fence.

They often prefer to simply spin the ball towards the box, but this is not a kick serve. By doing this, they realize their fears because the ball rarely clears the net.

One way to get the sensation of brushing up the back of the ball is to put some towels on the court and serve from your knees.

From this position you have to swing up in order to clear the net (and not smack your racket into the court).

Concentrate on trying to get the ball up 6 to 10 feet over the net and allow the spin to bring it down into the box.

Using a continental grip (even slightly toward a backhand grip) is strongly recommended.

The position of your wrist during the serve is also important in accelerating the racket up the back of the ball.

For practise without a racket, Simply hold the ball in your off hand and brush up the back of it with the palm of your hitting hand to get comfortable with the wrist action.

Step #5: Uncoil at the top of your swing and follow through

When you reach upwards for a serve, try to uncoil your upper body as you move towards your target.

When you reach the peak of your jump, racket movement will naturally begin going forward.

Focus on the timing of your body movement, try not to uncoil too fast by bringing your back leg around. If you uncoil too fast, the ball will ultimately hit the net.

Furthermore, if you uncoil too fast, you will fall down to your right and fire a weak kick serve. When this happens, your opponent will be free to return an offensive shot.

Always keep your arm loose during a kick serve. Don’t rush the process and the delivery will be effective.

You will also have more time to prepare for your opponents return shot if you uncoil on time.

The spin delivers the same spin as a right handed player, the only difference is the direction.

The fact that lefties are not as common as right handed players, makes them a formidable force whenever they appear on the court.

A righty’s kick serve is struck on the left hand side of the head and bounces towards the right of the returner.

The article discussed 5 easy steps that will help you make a great tennis kick serve.

If you can follow through on these steps, you will master one of the most effective tennis serve types.